Tips For Dating A Roommate Without Making It Awkward

Catching feelings: it happens to the best of us. As many of us know, catching feelings can sometimes cause a tricky situation. Maybe it’s feelings for a coworker, or feelings for a friend’s ex or sibling, or feelings for a roommate; in any of these cases, things can get very awkward, very quickly. If you’re reading this, then you and your roommate have probably fallen for each other and are wondering how a relationship will work. The good news is that it’s possible, as long as you both remain practical and think critically. Dating a roommate can sometimes stir up trouble in the home but following these tips can help you remain unscathed. 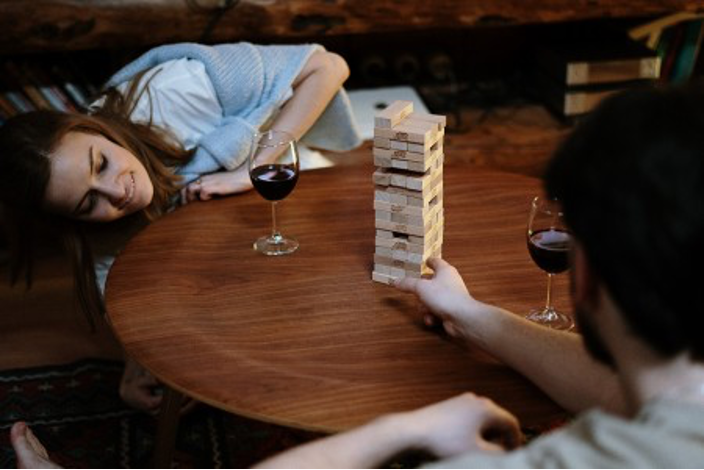 Photo by cottonbro from Pexels

Consider the “What ifs”

In most scenarios, it’s better to avoid all the “what ifs” that take over your brain and focus on what’s happening in the moment. However, when dating a roommate, you actually might want to consider a few of those possibilities in your head. What does happen if you break up? In any other situation, you’d probably just go your separate ways, but it’s trickier when you’re living together.

Will one of you move out if the breakup is too messy? If you have shared items in the home or a pet, who keeps them? You don’t have to map out an entire plan right away. However, it’s best to at least have an idea. Nobody likes to think about the idea of breaking up, but sometimes it’s just part of being practical.

Discuss with other roommates

If you’re living with more than one person, it’s courteous for you and your roommate-turned-significant-other to sit down with your other roommates to talk about the relationship. This is especially true for groups of three. Consider the situation from their side; perhaps you started as three friends moving in together, but now two of you are a couple and they might feel like a third wheel.

It’s better to avoid sneaking around to keep the relationship a secret because this can only lead to more drama later. Have a talk with the group to set some boundaries and discuss what will change now that the two of you are dating. Ask them for any concerns that they have. You might find some possible issues you hadn’t thought about. Your roommates will likely appreciate that you took the time to consider their feelings and they’ll be more understanding about the relationship.

It’s important to set healthy boundaries in any relationship, but even more so when you start dating a roommate. The change from roommate to significant other will likely be sudden, so it’s important to recognize what will be different now for both of you. Rent.com suggests discussing if you will sleep in the same bed; after all, you probably both already have your own rooms. You may want to keep your bedrooms intact so that you have your own spaces (we’ll get to that later), but sleepovers in each other’s beds are likely. You may want to establish how often this will happen, especially if you think it will make things awkward between you and other roommates in the home. 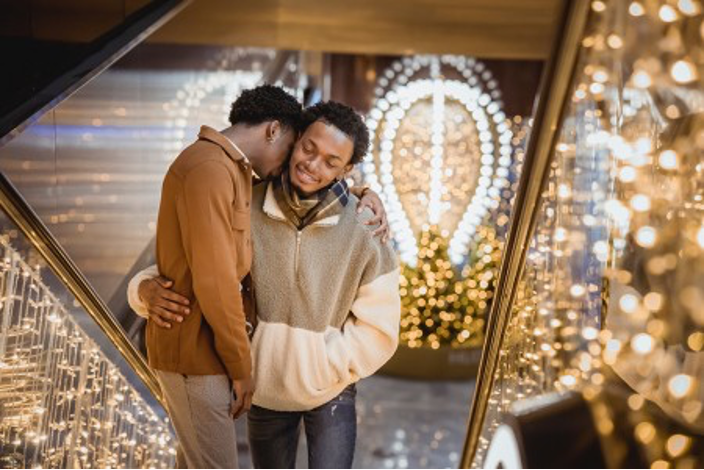 Photo by Uriel Mont from Pexels

Go out for dates when possible

When it comes to spending time together, your first instinct may be to just hang out at home. After all, you’ve probably hung out together at home as roommates plenty of times before, and it’s cheaper than going out. However, it’s important to throw some date nights out into the mix for a few reasons. For one thing, this time out of the home will help differentiate between actual date nights and those times when you just hung out as roommates. Date nights out on the town may help you feel more like you’re in a relationship. You don’t have to go out every time or spend too much, but once in a while will help.

Going out may benefit your other roommates, too. If you often hung out as a group before, it can be difficult to establish what is now supposed to be a date and what isn’t. They will feel less like a third wheel, and you two can have some alone time. Win-win!

Give each other space

On the flip side, it’s important that you both have time to yourself. Moving in together often comes after several months of getting to know each other’s needs and habits, but when you’re already living together before dating, the transition can sometimes be too much to handle. You probably didn’t spend every waking moment together as roommates, so there’s no need to do so in a relationship. Make sure that you each have alone time and your own spaces; this is why keeping your separate bedrooms is a great idea. Establishing and maintaining space from each other on a regular basis is one of the first boundaries you should set.

Before jumping into things, make sure that you both evaluate the risks of dating a roommate and figure out if it’s worth it. Do you know that it will cause a rift between you and another close roommate? Will you be unable to move out in the event of a breakup due to financial or lease reasons? If you do remain roommates after a breakup, how difficult or awkward will it be? You may find that the relationship is not worth the risk of losing a close friend.

At the end of the day, dating a roommate comes down to respect, practicality, and maturity. As long as you think everything through carefully and try your best not to let feelings cloud your judgment, you can end up in a happy, healthy, long-lasting relationship.

Interested in using our roommate matching formula to find the perfect college roommate for you? Create a profile & take the roommate quiz on Roomsurf! Get Started