What to Do If Your Roommate Is Inconsiderate

Whether you’re living in a college dorm or renting an apartment somewhere off-campus, you’re likely to have roommates at some point or another. If you and your roommates get along really well, that’s great! However, if you happen to have roommates with whom you don’t get along quite so well — maybe they make a lot of noise while you’re trying to fall asleep or leave dirty dishes in the sink — you may find yourself in a difficult situation. Here are some things you can do if your roommates are inconsiderate. 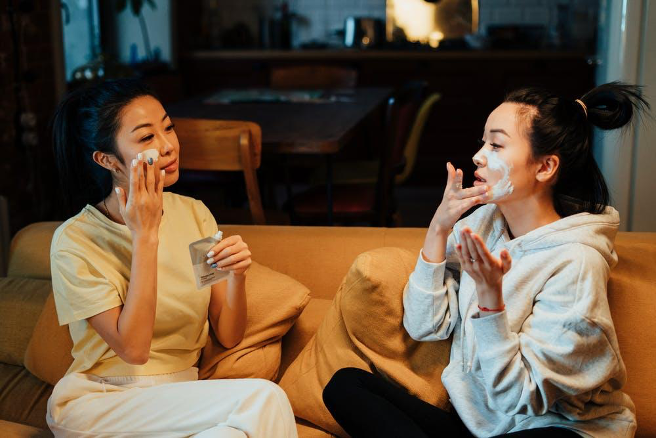 Don’t romanticize the idea of having a roommate.

If you’re a first-year college freshman and have never had a roommate before, it’s too easy to romanticize the idea of becoming best friends with your first roommate. However, it’s not a good idea to get your hopes up because there’s no guarantee you’ll end up becoming best friends with them. High expectations can lead to resentment if you and your roommate have different levels of interest in becoming close. If you begin to realize that your roommate is not that interested in becoming good friends with you, try not to expect too much from the relationship. Then, if they do show signs of being inconsiderate, you won’t be too crushed or disappointed by their behavior.

If your roommate is starting to get on your nerves, it’s a good idea to create a contract with them. While it doesn’t have to be an official document, it’s still a good chance for you both to set some boundaries and come to an agreement on how you plan to share your living space. For example, you can set some house rules on whose responsibility it is to complete certain chores or how many friends you can have over at a given time. Creating a roommate contract will hopefully help lessen any future conflicts that may arise. Otherwise, if a problem does come up later on, you can both reference the contract you created together and see if you want to make any amendments to it.

Have a talk with them.

In addition to making a contract, you can set aside some time to have a talk with your roommate. In many cases, they probably haven’t even realized that they are being inconsiderate. One way you can start this conversation is by apologizing for not setting clearer expectations. You can start off by saying, “I’m sorry I didn’t tell you about x, which makes me uncomfortable,” before launching into the rest of the discussion. Instead of blaming them right away, you’ll be putting the focus on setting new expectations, which is much more likely to yield positive results. You should also be sure to offer a possible solution to the issue; for example, if it bothers you that your roommate leaves your shared living space a mess, you could propose a weekly cleaning schedule. Having a solution ready will shift the responsibility and blame off of them and show that you’re willing to quickly resolve things.

Once you let them know how their actions are affecting you, there’s a much better chance that they’ll respect your wishes compared to if you hadn’t said anything at all. (However, if you are in a particularly bad mood or very angry at the time, you should hold off on having that conversation with your roommate until you are able to think and act reasonably.) If you talk with them and their behavior still doesn’t change, don’t fret; after all, you can’t control how they react. There are still other things you can do to better handle the situation.

Consider your own behavior.

It’s entirely possible that, while you think your roommate is being inconsiderate, they are thinking the same of you. In such cases, it’s a good idea to take a step back and examine the bigger picture, including your own behavior. How have you been treating your roommate? Do you have any habits that could potentially come across as inconsiderate? Taking time to think about your own actions could at least help you have more patience with your roommate and relate to them a little bit.

Ask an outside source for help.

If all else fails, and if you’re living on campus in a dorm, you have the option to go to your resident assistant (RA) for assistance, as they often have resources to help you work through controversy with your roommate and might even help facilitate conflict resolution. When you tell your RA or anyone else about the situation, do your best to share the whole picture so that you don’t paint your roommate as the bad guy or leave out important details. Sometimes, having a third party intervene can be the best thing for your situation.

Dealing with an inconsiderate roommate can be tricky, but you can handle it by communicating properly and setting clear expectations for each other — which will perhaps help improve your relationship with your roommate. Interested in using our roommate matching formula to find the perfect college roommate for you? Create a profile & take the roommate quiz on Roomsurf! Get Started